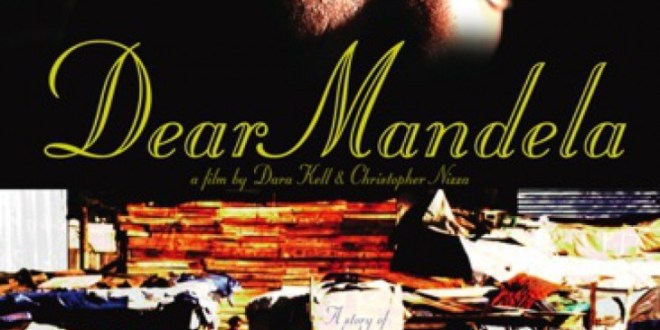 Dear Mandela is unlike any activism documentary you have ever seen. It takes tough questions, of the pressures that historical burdens place on young people, and of political legacies, and does a thorough examination of them. The film is more than just a documentary about the inequalities prevalent in South Africa, and this is where it excels. In one part of the documentary, members of the activist groups face violence threats and are exiled from their residence in Kennedy Road. They relocate to a safe house located near Durban’s port where they come to the realization that things are better on the other side.

Dear Mandela is a bold documentary that dares to narrate the growing anger against the African National Congress, and its leader, Nelson Mandela, by a young generation that feels disappointed and betrayed by a government that promised to serve them. In many ways, Dear Mandela sticks to the classic documentary script; on the one hand, cunning politicians are depicted promoting their policies and talking neutered, sugared statistics in front of the camera. On the other hand, are committed activists who are tired of the lies and seek to show just how empty the statements by politicians really are. The documentary sheds light on the dangerous lives activists lead. Violent scenes in the shack show thugs threatening to murder members of the activist group and destroying their houses, an occurrence that is overlooked by police and downplayed by the politicians claiming that they are unaware of any such occurrences.

It is a common juxtaposition in documentaries about politics, yet this documentary is keener on the self-imagined almost demi-god status of the African National Congress in South African Politics, and its leader Nelson Mandela, an untouchable, almost Jesus Christ-like figure. Can you really criticize a public figure like Mandela? From the silence that filled the crowd when Mawi was giving his speech, it would appear not.

Interweaved with these instances of honest and bold film creation are splendid sequences adding another layer to the narrative. You will feel as though the filmmakers have shifted a filter and exposed a different world. A little slowed down kaleidoscope sequence depicts the slow and intimate gesture of a normal day in Kennedy Road, revealing a different aspect of informal settlements that are rarely shown.

In a beautiful ending, one of the protagonists in the film proclaims that someone needs not be old to be wise, which is why people need to show their character in their youth. Dear Mandela is an insightful and beautiful documentary of the increasing role that young people play in shaping the politics of a nation that does not abide by the status quo.