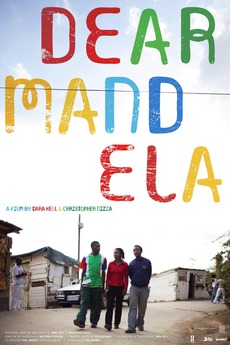 The film Dear Mandela is about efforts by a housing rights group in South Africa and narrates how new injustices have taken the place apartheid once enforced. The documentary is directed by Christopher Nizza and Dara Kell, who attentively stick to the standard script of narrating activist accomplishment. Some stinging moments combined with a momentous historical backdrop play a crucial role in lifting the documentary. In the documentary, a group known as Abahlali baseMjondolo comes to the aid of shack Dwellers in Durban, who are at the mercy of a proposed law that would see them get rapidly evicted. Aside from the poor transit camps located far away from the center of the city, replacement housing does not occur. Police representatives and the Government whitewash and stonewall; Demonstrations develop solidarity and strength, but they also attract intimidation and counter-demonstrations. The comedown of South Africa from post-apartheid has for a while now been eminent. However, Dear Mandela effectively highlights the generation shifts as well as the exclusion forces that have emerged. Challenges brought about by urban development occur across the globe and are something that most people can relate to. The supporting role played by Nelson Mandela’s party, the African National Congress, is in some ways a unique disappointment, particularly for the guides, a youth leader who goes by the name Mazwi. The documentary was relatively successful and has garnered many accolades since its release. The documentary garnered the Best South African Documentary Award as well as being nominated by the African Movie Academy for the Best Documentary Award. The film also garnered the Best Documentary Award, the Grand Jury Prize, and the Grand Chameleon Prize at the Brooklyn Film Festival. The documentary film has also screened at various film festivals including One World International Human Rights, Camden International Film Festival, as well as Movies that matter where the documentary film garnered the prestigious Golden Butterfly Prize.

When the government in South Africa decides to do away with the slums and starts to evict shack residents from their living premises, 3 friends residing in a massive shantytown in Durban resist the eviction. It is here in the shacks that their journey to South Africa’s highest courts begins as they follow Madiba’s example and become leaders in their own right inspiring many others in their wake. The three boys comprise a mischievous shopkeeper, Mnikelo; An Aids orphan, Zama; and an enlightened schoolboy, Mazwi. The three are part of a growing number of people who feel betrayed by Madiba’s party, the African National Congress, who have broken promises they made to the people. Committed to bringing the eviction to a house they hold meetings with members in their community through candlelight and came to the realization that the new Slum Act law had made evictions legal and violating the fundamental rights enshrined in the constitution of South Africa. With the aid of lawyers working on pro bono, the three were able to challenge the Slum Act all the way to the Constitutional Court of South Africa. However, for any extraordinary achievement to be had, there must be a price to pay and the circumstance of the shack residents was no different. As the portrait of the beloved Madiba beams down from shack walls and school room chalkboards, Mnilenko, Mazwi, and Zama learn about the sacrifices that one must make as a leader. Government repression, shack demolitions, and assassination attempts are some of the challenges that test their commitment in their quest for justice. By turns funny, devastating, and inspiring, the documentary provides a unique perspective about what young people can do to bring about change in the political space, and is an exciting picture of the coming of age of South Africa.